Yoga Dharnendra is a multipurpose charitable society. In other words it’s a children’s welfare organization works for their education and enlistment. Established by Dr. Tanu Verma. Ph.D. (Human consciousness and Yogic Science) in the year 2010, this organization was flourished rapidly.

During her study as Ph.D. scholar, she came across some under privileged children in the slums of Rishikesh. Afterwards, she approached them and their parents.She tried to understand thier difficulties. Touched by their story, she decided to initiate a group which could help those underpriviladged kids through their journey and hence, an organization known as ‘Yoga Dharnendra Multipurpose Charitable Society’ came into existence.

Later in Dec.2014 on the eve’ of Christmas, Yoga Multipurpose Charitable Society has also its branch opened in Nagpur which is known as Yoga Dharnendra Bal Sanskarshala in order to benefit those children, who are deprived from basic educational rights. She with her team of YDMCS stepped forward to help the children in Rishikesh as well as in Nagpur and many parts of India.

Yoga Dharnendra is a charitable organization. It was started in Dec 2010, near the banks of ‘Holy Ganges’ in the small town of Rishikesh, Uttrakhand India. Dr Verma in 2010, laid the foundation of Yoga Dharnendra in Rishikesh merely ten children’s to take care of with, but this plant prospered now to and became a full grown tree, with more than fifty children under its shelter.

Apart from regular studies various cultural activities are also conducted on regular intervals. Several inspiration and motivational speeches are the part of curriculum. Yoga practices followed by meditation, chanting of mantras, arts, classical dance, including physical training as well as self defense techniques are taught under the observation of professional trainers on behalf of the organization.

YDMCS also provides free checkup camps and hospital facilities at reach, especially when children’s are in need of treatment. Organization members actively participate and support every child to maintain their personal hygiene, cleanliness and well being.

A well trained and qualified staff with proficiency in various subjects paying their valuable contribution to the organization maintaining its standard. In short period of time, Yoga Dharnendra from organization became a happy productive family reaching towards greater heights, and still active since 2010 with vast of its members adjoining frequently. To provide better education and support to those children’s of society to whom it seems difficult to achieve there dreams without a helping hand is the main attempt of the organization. Yoga Dharnendra is an organization for active, talented poor children’s.

Dr. Tanu Verma.with her team members, continuously making every possible effort, to enhance the living standard of children’s. Upbringing their childhood by providing opportunities for better world through education and proper guidance, thus ensuring good prospects and bright future of these children under the management and discipline of the organization. 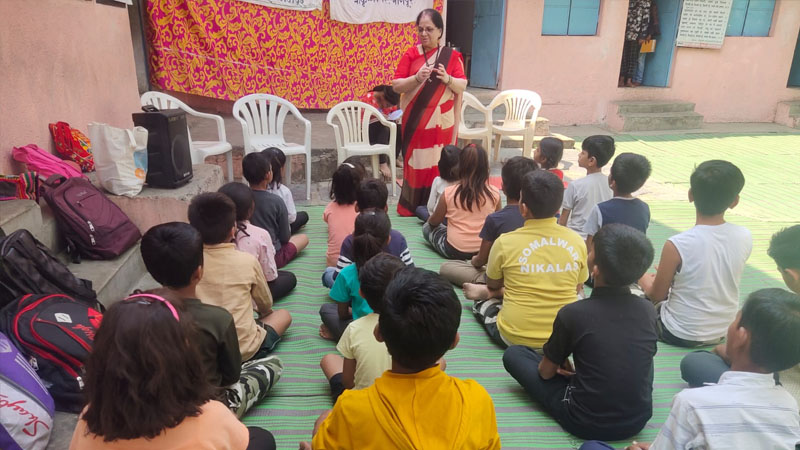 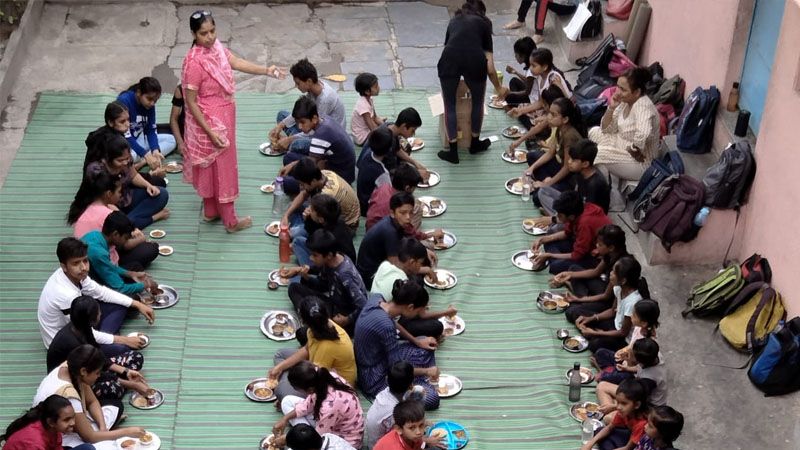 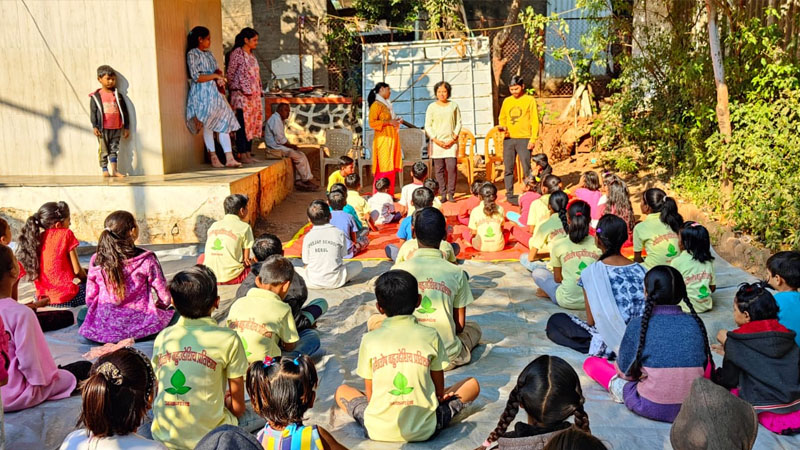 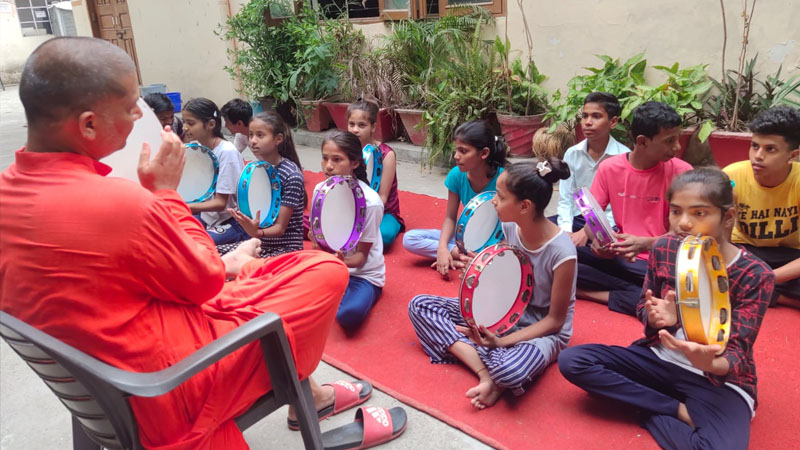 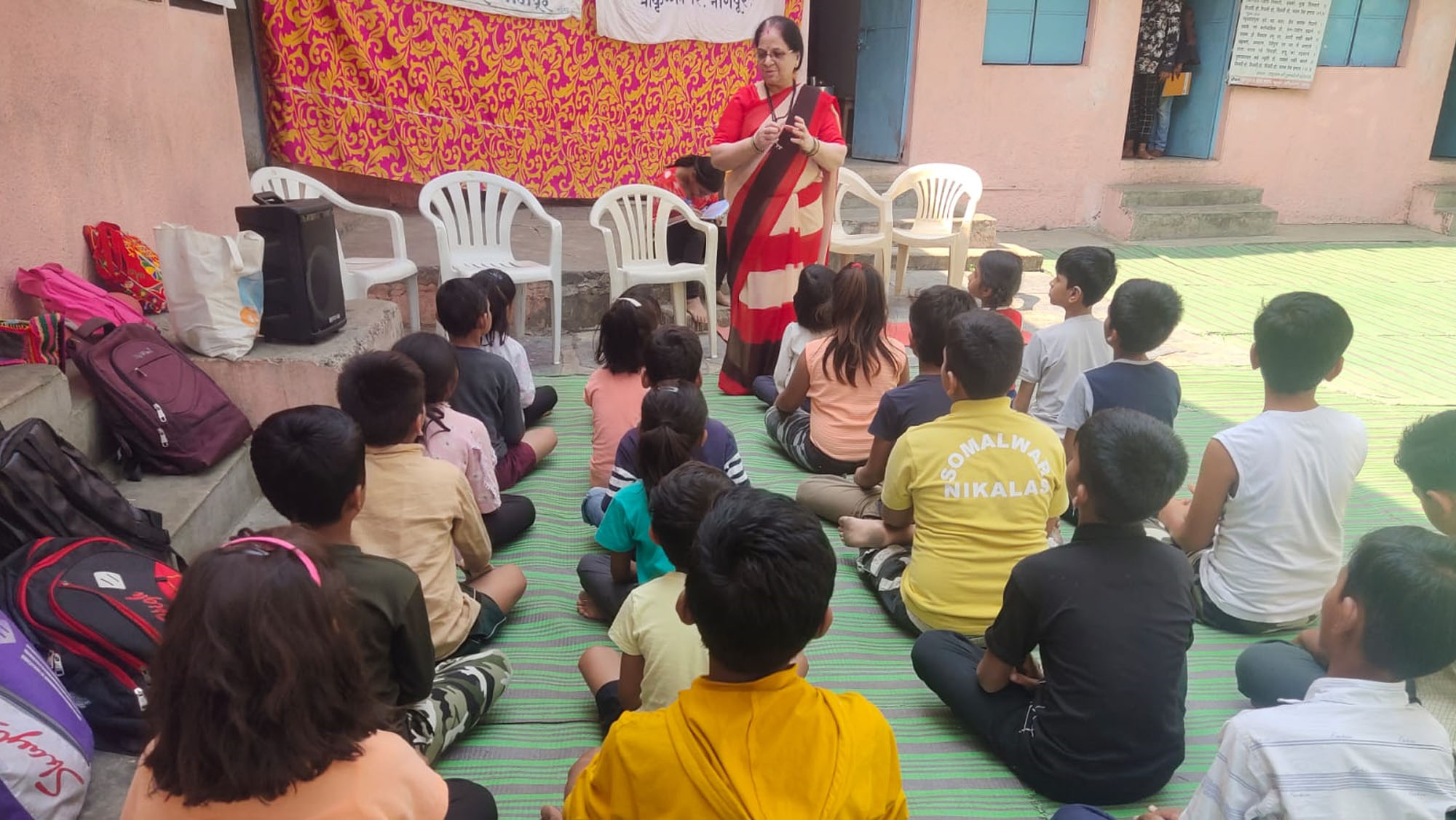 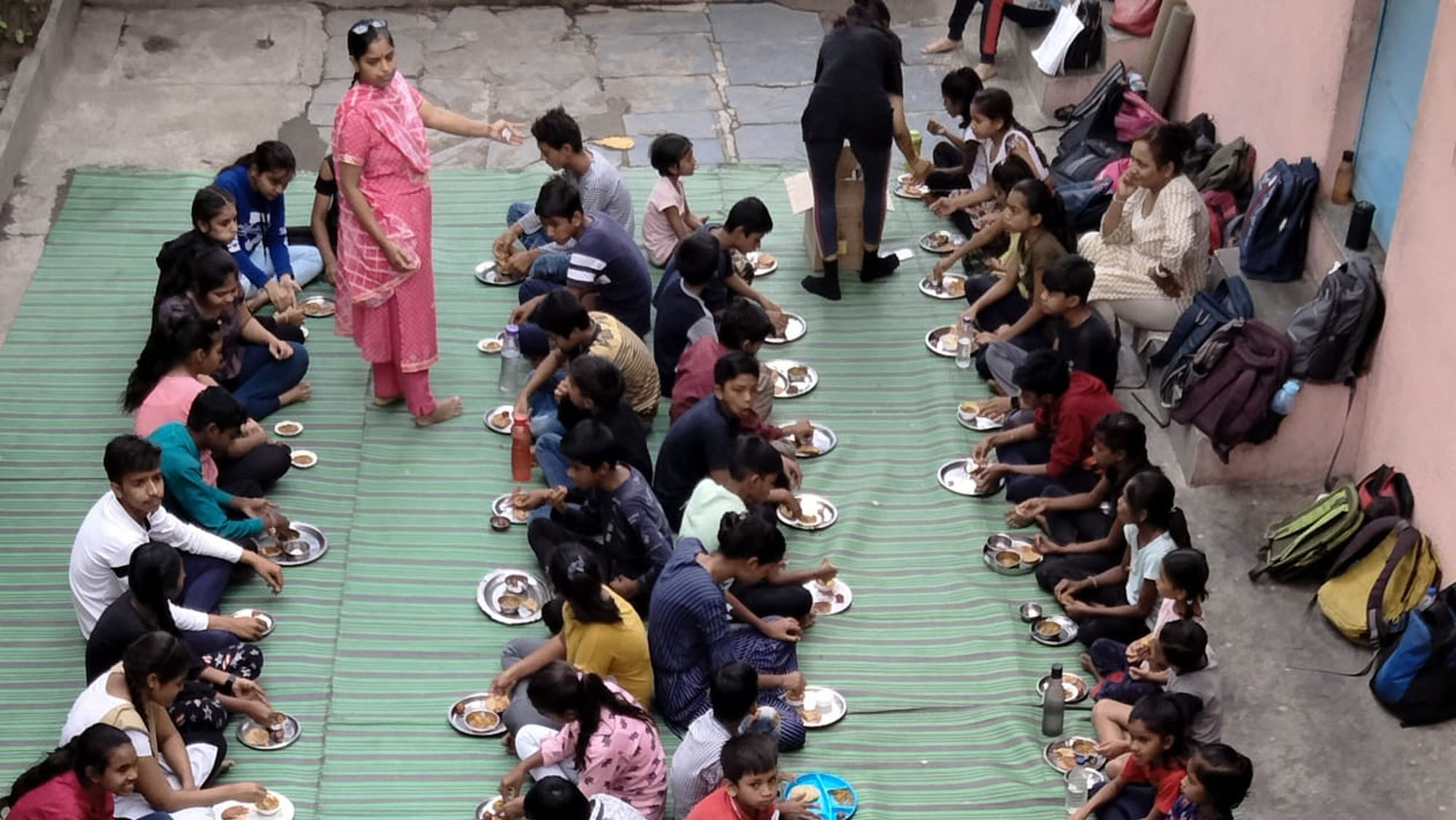 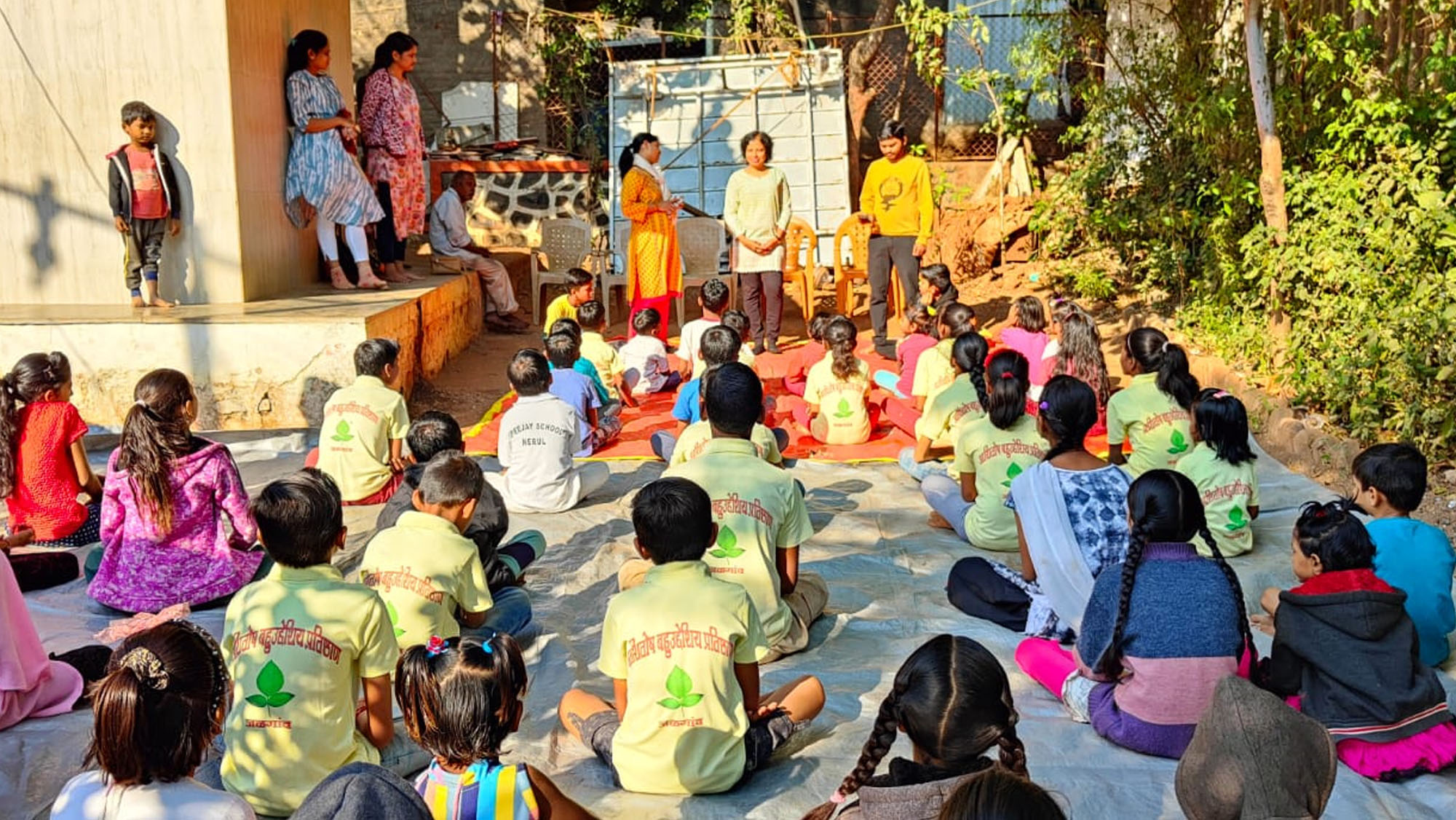 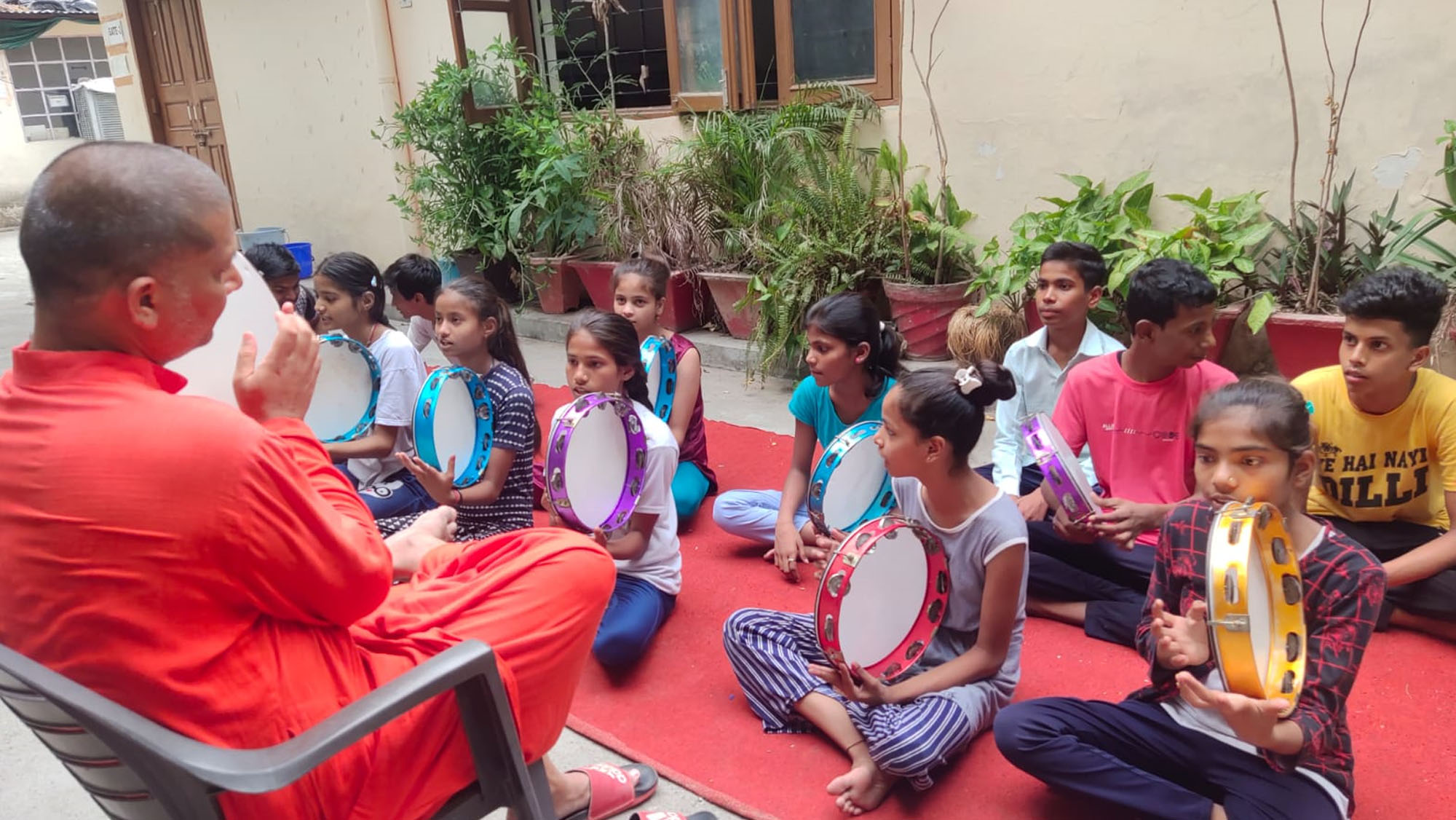 Mission : Our mission is focous on Susutainable Development Goal 4….. Educate and help all the underpriviladge children in the world to achieve their dreams and build a successful future.

Our organization is based on children welfare in which we conduct various yoga workshops to raise funds by our own efforts to make their future happy, healthy, successful and bright.

School for children with the facilities of Computer lab, Yoga hall,library and Yagya shala (hall for fire ceremony to enchant mantras) etc.

Hospital Facility with holistic health and other system of healing.

Goushala (Cow shed)for the production of milk and other sub products of milk.